Which Diet Is Best For Me? 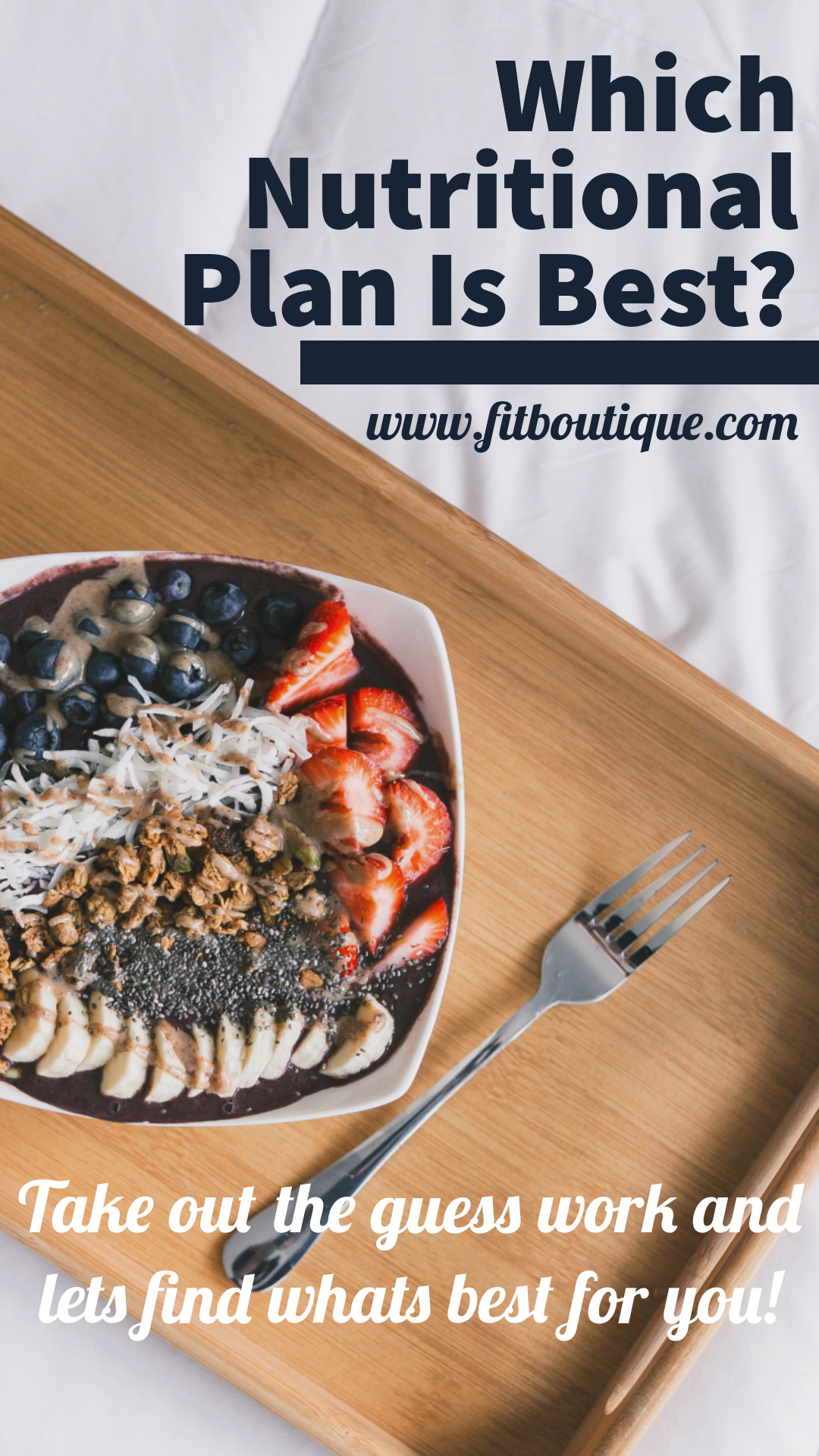 Posted at 19:04h in Nutrition by George Eix 0 Comments
0 Likes

Good question. Very tough and sometimes controversial. Diets are a difficult subject for many people for a variety of reasons. One being that nutritional plans are our new religious cult. Keto, Paleo, Carivnore, intermitting fasting and Plant-Based. So many different styles, so many different experts trying to get you to do their “proven” or “best” way. What is the difference? Why is this so hard? Are carbs good or bad? Well, let me try to boil this down to its most basic format.

Lets say that you decided on doing the Keto diet. You have a goal and you want to reach it. You’re want to show off those sick triceps at your sisters wedding. Awesome, lets do it. You already did the hardest thing… Take action. You’re planning your meals, little food prep action, getting your workout on. But for some reason, it’s not working. You’re doing everything right! eating mostly fat, no carbs, working out hard, being consistent. Why is this not working??? One easy but VERY IMPORTANT rule. I would say the golden rule.

The golden rule is no surprise or secret formula. in fact you’ve heard it many times before. Its calories in vs calories out. You could be on the “cleanest” diet ever and only be eating tree bark and grass with a cup of warm lemon water, but if you’re eating 4,000 calories a day you will NEVER lose weight. A calorie is a calorie. (We will get into what are the specific good things to eat, when to eat them, and even recipes but later post). This logic also works in reverse. If you want big muscles or any specific strength/athletic training you need to eat more to recover your body and build that muscle. (again GENERALLY)

So that begs the question, “What should I eat?”. Eat whatever you want!  If your goal is weight loss and you’re on a vegan diet, cool be vegan. But we will never get anything done if youre calories are to high or low. I would say for most people to eat between 1300-1600 calories a day GENERALLY, dont fight me. Make sure to eat plenty of protein (1 gram per 1lb of body weight) and that’s it. it doesn’t need to be any more complicated than that. If you are working out with weights and follow this plan I can GUARANTEE your results. There is obviously more efficient ways and good tips and tricks on how to do this. That is where a fitness professional should come into the picture.

We could sit here and debate the pros and cons of each different diet and which is best for what etc. But thats exhausting. Maybe I will write a post eventually explaining what I think about each one. But in the meantime keep it simple! This doesn’t need to be complicated. So remember whatever plan you are doing keep the golden rule as the first priority!